A Look at the History and Culture of Azores - Churches, Museums, Whalers and Volcanoes

A few churches and buildings in which Gothic elements are present stem from the initial settlement period. The 16th and 17th centuries correspond to a golden age, with good examples of religious and civil art and architecture of the Renaissance and Baroque. The following centuries also left an important artistic legacy. The ties with Flanders in the 16th and 17th centuries provided the Azores with an important legacy of Flemish sculptures.

Museums in Ponta Delgada (Sao Miguel), Angra do Heroismo (Terceira) and Horta (Faial). Sea-birds and various types of birds, including the priolo, a sort of grey bullfinch that is endemic to the region, constitute the most attractive elements of the land fauna. It is in the ocean that the greatest wealth of the Azores lies, with an abundance of hundreds of species of fish and shell-fish and large mammals such as the sperm whale and the dolphin. 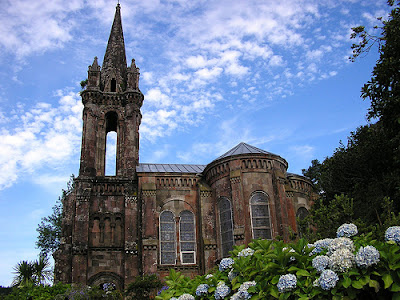 The "viola de arame" and other string instruments, together with "testos" or cymbals, steel triangles and drums, mark the time of characteristic dances and songs, some happy and others sad, that express the joy and also the loneliness of a people spread out over nine islands

The Whalers' Museum. It includes the three original nineteenth-century boat houses, the restored iron-works and a new area designed to house the library. Opposite this main structure a try-works was rebuilt. The plan for the reconstruction of the building, which was highly commended by the Association of Portuguese Architects and the State Secretary of Culture in 1993, was conceived by the architect Paulo Gouveia.

The first exhibition of a collection on the subject of whaling was displayed in a provisional building in 1979. It was the realization of a dream dating back to 1968.

With the official opening of the Museum, installed in the present structures, in August 1988, the Government of the Azores paid a long-deserved tribute to our whaler. This was a decisive step towards the preservation of the memory of an activity which greatly shaped the islanders' lifestyle for over a century.

In 1987 the last Sperm whale was caught in the Azores, by the same traditional process prior to the memorable times of Moby Dick, still using the hand harpoon and lance. The memory of this activity, however, has been preserved in the old stories of the last whalers, whom the poet Almeida Firmino called «Nameless heroes, having one foot landed, the other still at sea» (Ilha Maior, 1968).

The Museum library, specialized in the whaling theme, offers a wide range of reference books and documents fundamental to the research on whaling. In the small auditorium you can also watch some films on whaling in the Azores. 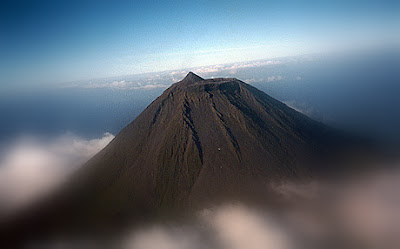 There are various signs of the volcanic origin of the islands, besides the volcanic cone and craters. Deserving special mention are sulphur grottoes, with an underground lake (Graciosa), the volcanic cones of Furnas valley (Sao Miguel), the remains of the Capelinhos volcano (Faial), the sulphur grottoes next the "caldeira de Guilherme Moniz" (Terceira), the basaltic columns of "Rocha dos Bordoes" (Flores) and the grottoes and caverns, some of them hundreds of meters long, on the islands of Sao Miguel, Santa Maria, Pico, Sao Jorge and Terceira.

Great blog! But I have to tell you that at least to the most prominent historian writing about Jost de Utra (Flemish: Joost van Hurtere), the reason for his migrating to Faial was less romantic. Van Hurtere's father Leo was a prominent bailiff of Wijnendaele in West Flanders. He was, in fact, beholden to Adolf van Kleef, the Lord of Wijnendaele, who was married to Beatrice of Portugal.